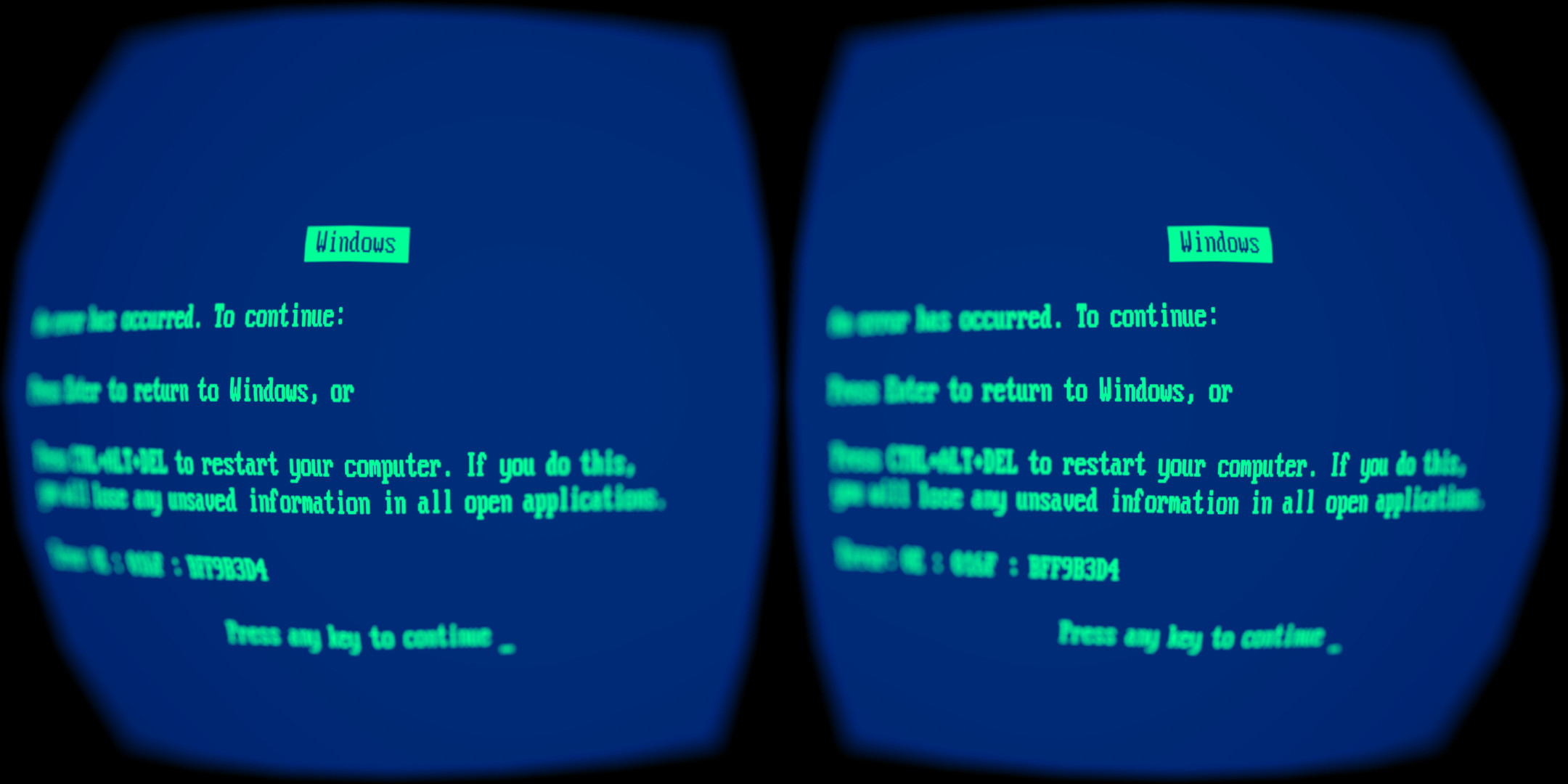 It may sound absurd, given the theoretical technical advantage of its competitors. Not only the higher display resolution but larger computing power of desktop machines compared to the Playstation 4 should make the Rift and Vive superior choices. But, like previous format wars have shown, consumers don't necessarily make the technologically best choice. This doesn't mean they necessarily make the worse choice either. But here's the reason, why the Playstation VR will be the best choice for consumers. It's on a console. It just works. While this is true for traditional games, is has much more impact in VR. If you ever tried to click away an error message with an Oculus Development Kit on your head, you know what I'm talking about. Yes, this was a development kit, not intended for consumer use. But there have been other VR Headsets like the eMagin z800 I played with for years. Playing most games with it involved hours of hacking.

Unlike then, dedicated VR-Games are in development now. Things have changed. It's a bit like the mid-2000s when few PC games supported gamepad controls. Playing a game with a controller required the user to use third-party key-mapping tools. When the XBOX360 controller for windows became the standard, things changed, but even these days, AAA-Games like Fallout 4 that are designed with gamepad control in mind require the user to use a keyboard to enter a character name.Getting up from the sofa is one thing. Stripping you of your VR gear just to enter a text, click an error message or accept an EULA or exit the game to edit some configuration files because the game doesn't support some hardware in your system is another.In VR, all user-experience issues are squared.

Valve and Oculus are promising change, with dedicated VR-Stores and integrated experiences that are supposed to deliver VR hassle-free.But in what reality?Valve tried to create a complete, integrated user experience around gamepad support with the big Picture Mode of Steam. The Big Picture Mode is a sleek, nice-looking software, but the problem is that Steam has virtually no quality assurance. Games with input glitches, weird launchers and 3rd party DRM, crashes and other issues are plenty in the store and it's basically impossible to just sit down on the couch with a controller to simply play.

Try to spend two weeks playing a different Steam Game every day for half an hour. Of these seven hours you'll spend four hours working around platform-related issues and QA shortcomings.Add the hassle with the VR-gear into the mix and you'll end up spending 6,5 of seven hours for mere maintenance.Will I be able to Update UPlay with my Vive on? Will I be able to update Steam in VR? Will I be able to restart the game if it crashed (and the VR mode crashed as well, just like the Big Picture mode crashes)? Probably not.The Vive and Oculus will be nice toys for nerds like me. I spent Days configuring my Enclave-rig, consisting of the eMagin z800, a Wii-Mote for a sword and a to of hacky input mapping and VR software and it was fun. But everyone else who doesn't like the hacking should just get a Playstation VR.Even if the Input and graphics configuration issues get sorted out: the user experience quality issues inherent to the PC platform are already annoying, but will be a real pain in VR!