Why I print stuff

Let me, even as a justification to my inner geek, explain to you why I print things from the internet for myself. Especially things I have to learn (right now, I'm studying for an exam).

I am anti-bureaucratic and believe, that as many things as possible should be handled digitally. Although, you could categorize me as a "green" person, this reasoning is not grounded on environmental friendliness. In fact, when you think about it, a sheet of paper, along with a tiny amount of ink, should, given its lifetime and power-independency, cause far less environmental pollution than the coal plant that ultimately powers my computer's screen backlight for displaying the same data.

Instead, the reason I print is a simple one: things printed on paper are physical. You can touch them. This may sound esoteric, but let me tell you what happens when I try to learn something using my computer. Because the computer is so perfect, in terms of data-management, data doesn't bother me unless I explicitly use it. The comparison of C# and C++  have to learn might vanish in some folder I could put it on the virtual desktop, but even there, it's just some icon. On my computer screen. When I don't focus the screen (or the virtual desktop), it's out of sight and doesn't bother me because the computer itself is clean and I can't tell that there's any file that news to be studied on the SSD.

Even for me, as a geek who always has a digital display device within reach, this perfection of digital data ironically decreases its utility for certain tasks.

Yes, I could use virtual sticky notes to cover my screen, but they'd hinder my work and my weaker self could, in a brief moment it feels unobserved by the eager self that wants to study, send the sticky note into digital oblivion.

Yes, being a geek, I could ask Siri to remind me to study the list. But it's not the same. When I close the reminder, it won't bother me again. I could ask siri to reming me every couple of minutes, which, even if it would work (siri tells me "I can't remind you that frequently. my apologies"), wouldn't be very helpful either because it's just annoying and I can still silence her every time.

A sheet of paper, however, is the perfect combination of subtlety and annoyance. The perfect way to remind you to do something, because getting rid of it (and also its creation, somehow) is a physical act. If i'd try to dispose the document without studying its contents, I would have to feel bad about it for multiple minutes all the way to the trash can outside.

As I work on something else while the document is still waiting to be studied, I can focus on my work. Despite the printed document's presence, I don't see it in my field of view and it doesn't periodically report its status of importance in an acoustic way either. It's just there. I subconsciously feel that it eyes me, silently reproaching me for not dedicating my time to it.

This is why I print. 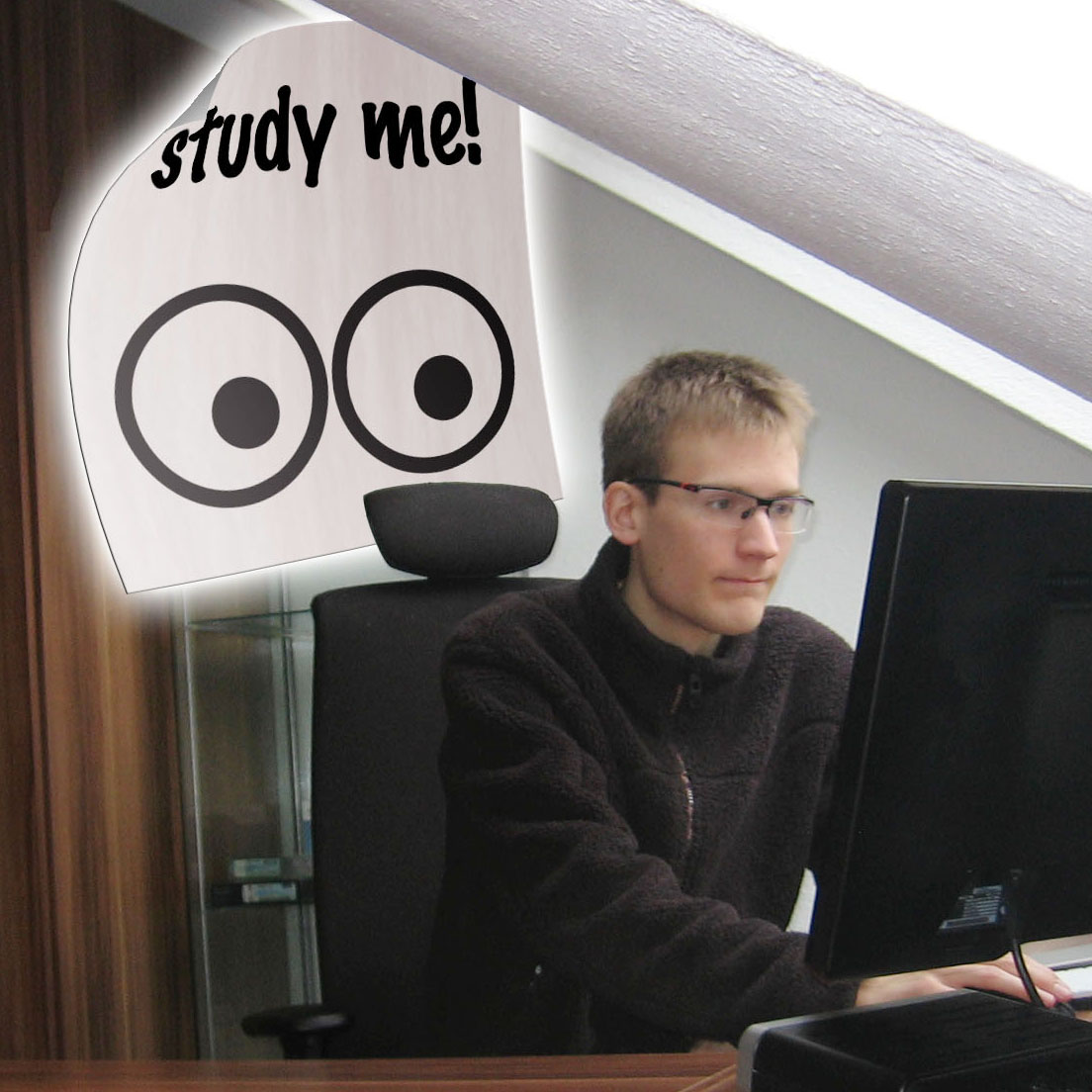